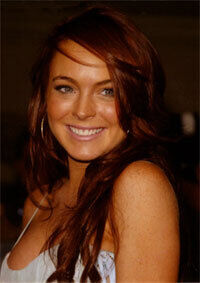 Visa Swap is a shop in London's Convent Gardens that, starting this summer, will start accepting used, high-end clothes from the public in return for Visa Swap points.

"A few weeks later, people can then return to trade their points in for others' second-hand items. Any of the clothing that fails to sell will be donated to TRAID, a British organization that raises money to support communities in developing countries by recycling clothing through its network of stores," explains Ecorazzi.

Lohan will back the campaign in a series of ads, set to debut in June, in which she'll be wearing chic vintage fashions.

Thank goodness there are bigger catastrophes in the world to worry about.