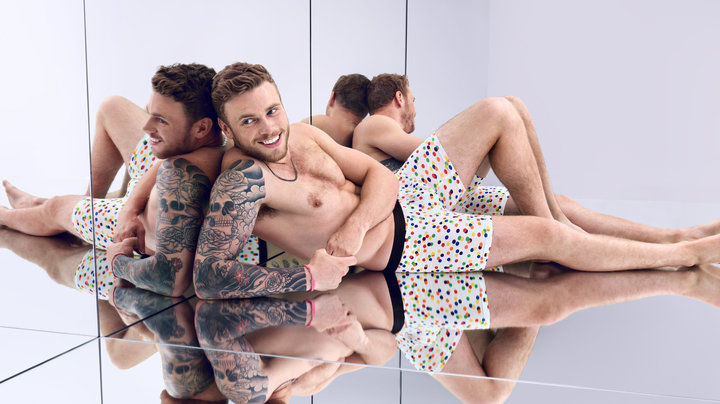 The ad features Olympic athlete, Gus Kenworthy, who came out in a 2015 ESPN Magazine cover story, and the singer behind the queer anthem "Girls Like Girls," Hayley Kiyoko, along with other prominent queer voices, like Ally Hills and Stevie Boebi.

The new line of underwear, which is adorned with rainbows and polka dots was released to coincide with pride month in June. $1 from every pair sold will be donated in support of The Los Angeles LGBT Center to help expand its youth center. The Celebrate Yourself campaign centers around the idea that self love doesn't have to be a grand gesture -- it can be as simple as putting on your favorite pair of underwear.
4.9
Score
Popularity
Activity
Freshness
Get the 2021 Trend Report FREE