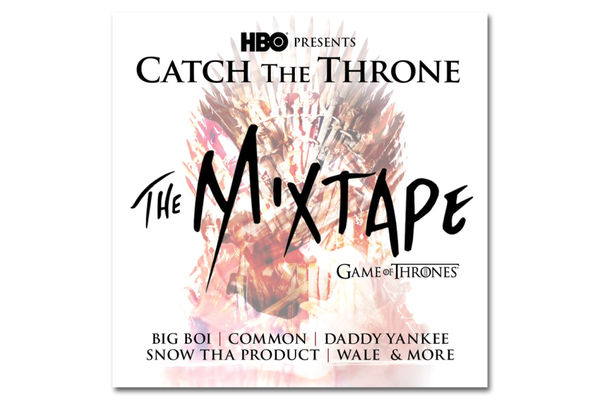 HBO Presents Catch the Throne: A Mixtape Recapping Past Seasons of GOT

Allen Taylor — April 1, 2014 — Pop Culture
References: soundcloud & hypebeast
Share on Facebook Share on Twitter Share on LinkedIn Share on Pinterest
The Catch the Throne mixtape is a collection of 10 songs that recap season one, two and three of the Game of Thrones series. The fourth season of Game of Thrones called 'All Men Must Die' is coming out soon, and HBO wanted to give new viewers a chance to catch up on previous seasons in a creative way.

Artists such as Big Boi, Wale, Daddy Yankee, Common and Wale have songs on the mixtape. Songs like Big Boi's 'Mother of Dragons' and Wale's 'The King Slayer' retell events from seasons past. It was produced by Launch Point records and is available to download through SoundCloud. This is an awesome way to get viewers interested in the series and caught up in a fun way.
2.6
Score
Popularity
Activity
Freshness
Get Better and Faster