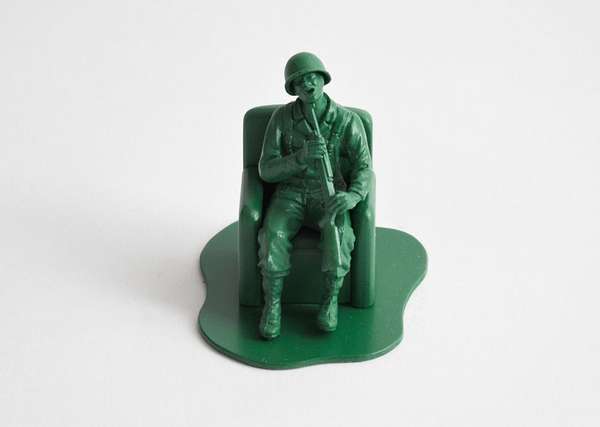 Casualties of War by Dorothy Art Collectives is a Chilling Reminder

Jordan M — May 3, 2011 — Social Good
References: wearedorothy & randommization
Casualties of War by Dorothy Art Collectives is an eye-opening assortment of custom military figurines that truly drives home the horrific toll that war can have on a soldier’s mind.

Featuring plastic green army men positioned in depressing, violent and disturbing situations, Casualties of War by Dorothy Art Collectives is meant to remind viewers that the wounds of combat are not always physically apparent.

According to the creative minds behind this project, Casualties of War was inspired by a Colorado Springs Gazettea article which was published in 2009. The article reveals that, following their return from duty in Iraq, soldiers from a single battalion based in Colorado Springs were committing murders at a rate that was 20 times higher than the national average. This chilling collection of figurines goes a long way towards driving home the harsh reality of that fact.
5.9
Score
Popularity
Activity
Freshness