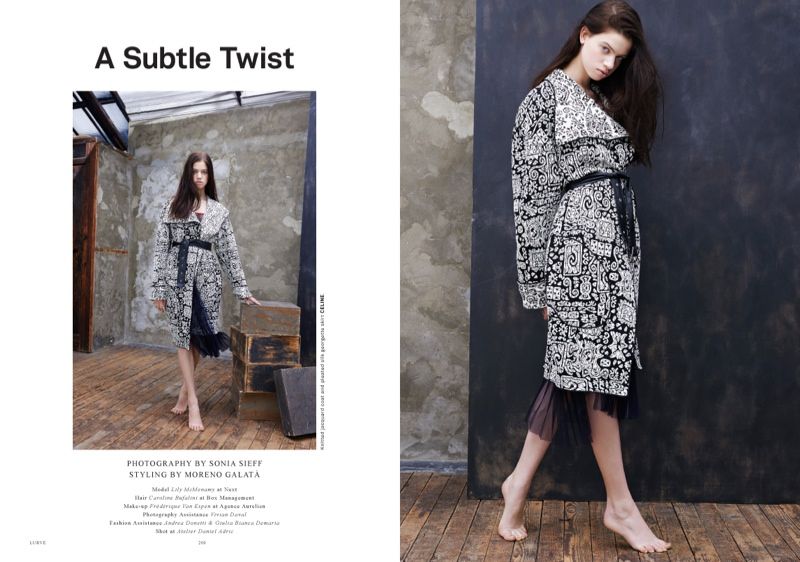 Meghan Young — July 15, 2014 — Fashion
References: lurvemag & fashiongonerogue
Lily Mcmenamy manages to look stylishly cool in this casual chic editorial. Although dressed in designer digs from the likes of Givenchy, Dior, Repossi and more, she manages to give them a laid-back appeal with nonchalant expressions and relaxed poses. It helps that her beauty look is understated with a tousled hairstyle and barely there makeup.

The casual chic editorial was shot in studio by photographer Sonia Sieff. The brunette beauty is captured sitting down and twirling around in everything from pants and sweater vests to unstructured dresses and torn shirts. Appearing in the latest issue of Lurve Magazine, the casual chic editorial is titled 'A Subtle Twist.' The looks are certainly that and more. They are particularly great options for the transition between summer and fall when the temperature starts to fall.
5.2
Score
Popularity
Activity
Freshness