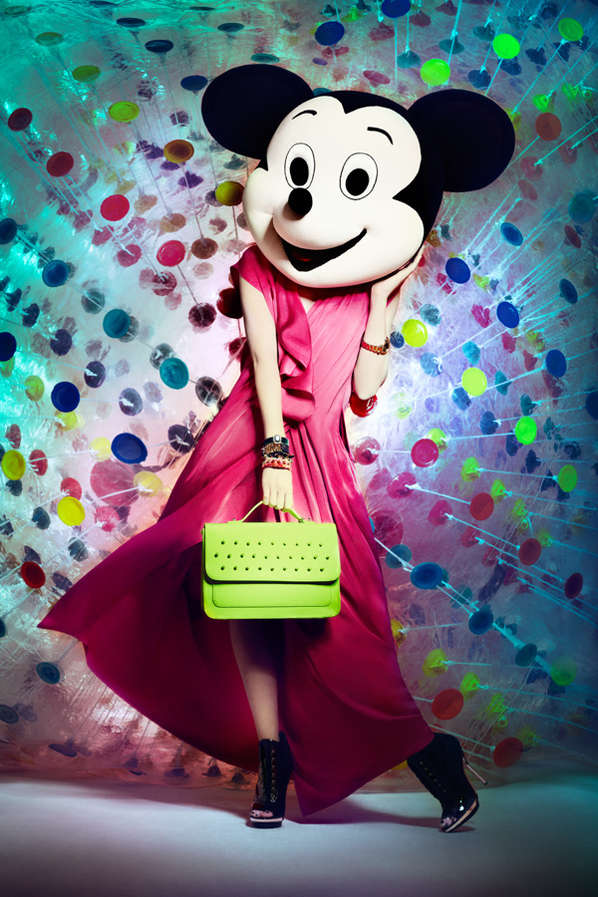 This Series was Influenced by the Cartoon Minnie Mouse

In each of these cartoonish fashion captures, the model is wearing bold golden eye shadow, which really grabs the viewer's attention. While some of these looks are runway-inspired, others could be described as Mickey and Minnie-style couture. In one shot, the model sports a big cartoon-style yellow bow tie, baggy red pants, a white button-up and a black suit jacket. Everything about this look screams Mickey Mouse.

This charming cartoon-inspired series is fun to look at and brings back fond Disney-style memories.