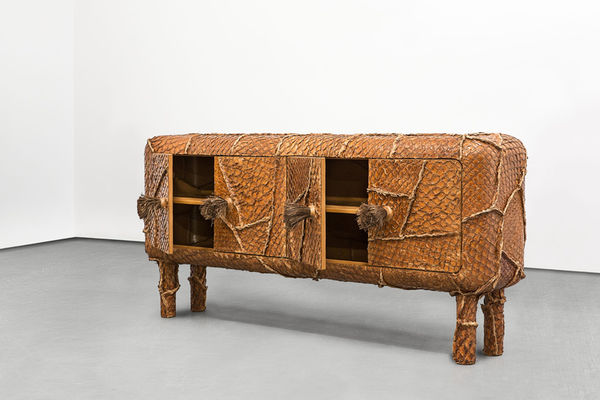 One piece for example appears to have realistic, leather-like skin. The work was done by the Campana Brothers, and is actually a cabinet that could provide a modern touch to one's living room. According to DesignBoom, "the artists have imagined functional sculptures whose shapes refer to the complexity of the organic reality, creating a new vocabulary through their reinterpretation of mother nature’s elements." Other pieces in the collection include a chair and a side table that could be confused for the lower half of a person.

These pieces make one think about the similarities between the things people build and the resemblance to organic forms.