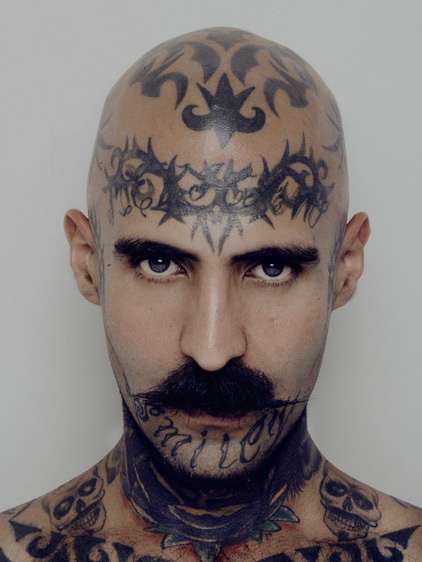 Matt Ho — March 4, 2011 — Art & Design
References: alvarezmontero & inkbutter
Share on Facebook Share on Twitter Share on LinkedIn Share on Pinterest
Talented photographer Carlos Alvarez Montero has a series of impressive photographs he calls Scars. He's captured residents in his native Mexico City who are covered in some of the best tattoo works you'll ever see. Each of these individual's ink tells the story of their life experiences, whether it's personal struggles or a moment in life they wanted to remember. Ranging from tribal, typographic and classic American, these images showcase just about every style of tattoo that has a story and a history just like the individuals who wear it on their skin.

Tattoos once had a negative connotation in society, but since then, it's become more widely accepted. With shows such as Miami Ink and LA Ink, it's a relief to see that getting inked has become a common form of personal expression and that it's more than just about looking badass. Carlos Alvarez Montero executes this idea brilliantly in his photographs which are a must-see.
4.6
Score
Popularity
Activity
Freshness
View Innovation Webinars