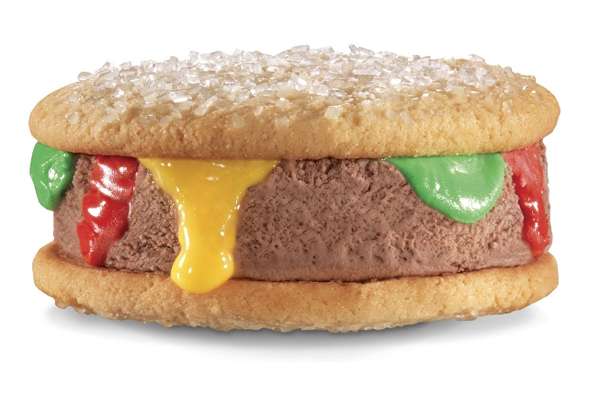 The Carl's Jr. Ice Cream Brrrger is Looks Savory But is Sugary

Meghan Young — May 29, 2012 — Lifestyle
References: carlsjr & consumerist
Share on Facebook Share on Twitter Share on LinkedIn Share on Pinterest
Until stumbling upon the Carl's Jr. Ice Cream Brrrger, a person would probably have never described a burger as surgery. Just in time for the hot summer season, this 'hamburger' is exactly the sweet treat that people will want to keep themselves cool and deliciously happy. It may look like a squished burger, but it is actually a clever version of a sandwich ice cream bar.