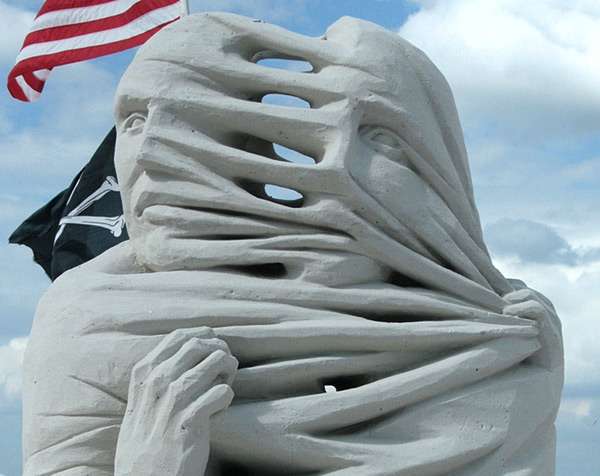 Meghan Young — January 5, 2012 — Art & Design
References: artcleveland & thisiscolossal
Share on Facebook Share on Twitter Share on LinkedIn Share on Pinterest
Carl Jara is an accomplished sand sculptor who has won nine World Championship medals to date. Instead of getting caught up in the typical scenes created by fellow sand sculptors, Carl Jara creates refreshing artwork. There are no mermaids, sharks or replicas of other famous statues here. Instead, this artist carves surreal scenes that often center around the human form.

Based in Cleveland, Carl Jara has always been attracted to creating work that is unexpected, especially at sand castle competitions. Although his work may appear dark and tormented, it explores the idea of human nature in ways that really capture a crowd.

Originally, Carl Jara was training to become an illustrator and graphic designer, but he instead decided to pursue sculpting after a 15-foot sand sculpture caught the attention of his local media.
4.2
Score
Popularity
Activity
Freshness
Get Trend Hunter Dashboard