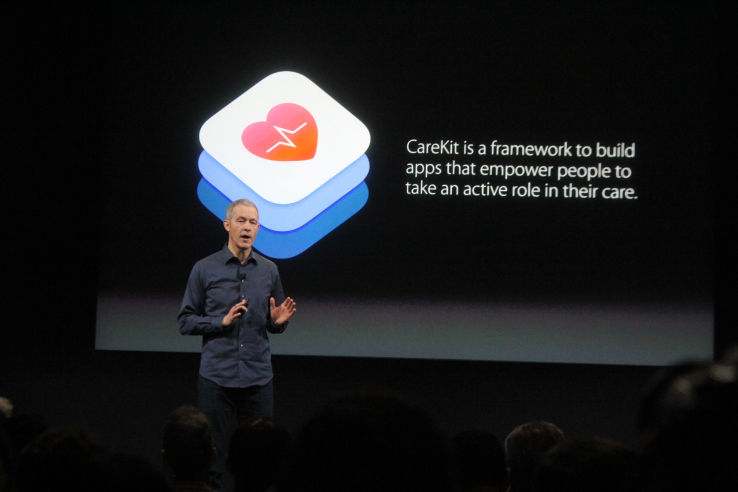 Katherine Pendrill — March 22, 2016 — Tech
References: apple & techcrunch
Share on Facebook Share on Twitter Share on LinkedIn Share on Pinterest
As part of Apple's 2016 Spring Event, the company announced the launch of a new tool called 'CareKit.' As the medical community gradually begins incorporating new technology into everyday operations, this tool could serve as a useful way to track and monitor patient health.

CareKit is a developer tool that makes it easier for programmers to build health-care apps for iOS. The open-source platform is similar to ResearchKit, but it is specifically designed for patient care. As a result, medical facilities can use the program to track treatment progress, monitor symptoms, keep tabs on a patient's medication schedule and even communicate with other physicians. As Apple's COO Jeff Williams explains, CareKit is "empowering people to take a more active role in their care."

While the tool is specifically designed for patients with Parkinson’s, Apple believes the tool could also be used to monitor post-surgery progress, pregnancy, physical therapy and other medical applications.
1
Score
Popularity
Activity
Freshness
Get Better and Faster