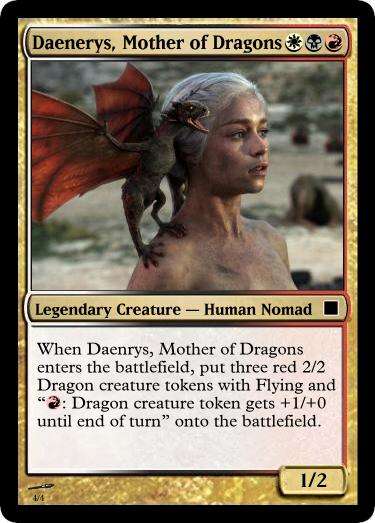 Ian Andrew Panganiban — June 5, 2013 — Pop Culture
References: jermtube.tumblr & kotaku
It’s surprising to realize that the HBO series of Game of Thrones hasn’t been made into a card deck game yet. One of the main traits of the show is magic and strategy, so it only seems fitting that the series be re-imagined as a card game styled like Magic: The Gathering.

The Game of Thrones card game illustrations are from Tumblr user JermTube. The card deck showcases most the characters of the plot characters in the series. Each card has its own distinct ranking and skill, which is similar to the card deck game it’s based upon.  All the cards have their own specific type and specialty. You can see a lot of thought and effort went to into constructing the cards’ details.