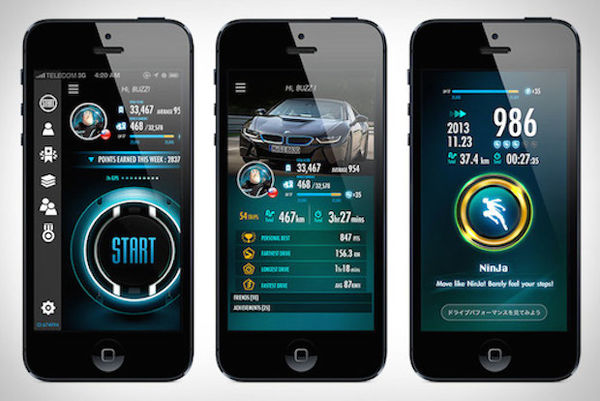 Megan Facciuolo — April 23, 2014 — Autos
References: itunes.apple & stupidDOPE
Share on Facebook Share on Twitter Share on LinkedIn Share on Pinterest
There’s a reason why the phrase “there’s an app for that” became popular; basically, everything imaginable has an app that corresponds—now there is even a car app. Mixing phones and driving is a tricky business. In many places, being on your phone while driving is illegal and even if it’s legal, it still isn’t condoned. However, the ‘Driving Curve App’ is an app that will actually help your driving skills. Before you start your vehicle, you just have to open the app and let it run while you drive. It compiles and analyzes your travels, as well as your speed.

At the end of your travels, it rates your performance based on your speed variations. Your results can be compared and shared with other drivers around the world and the best part is that it’s free. So if you have a smartphone and want to brush up on your skills give it a try.