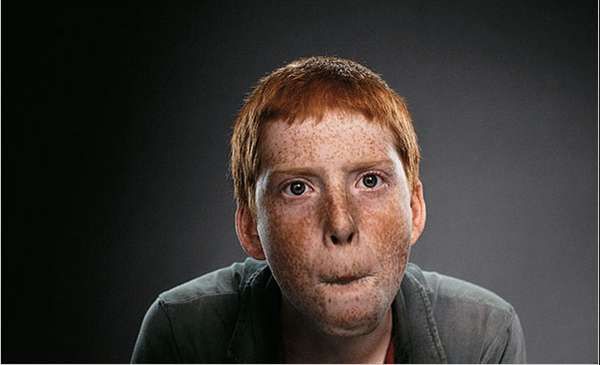 Cooper, whose passion is capturing the reactions of people interacting with the real world, used a high-resolution red video camera for ‘My Game Face.’

Cooper placed the camera behind the screen of a small pane of glass, then projected the video game onto the glass pane to capture the spontaneous facial expressions of children as they played.

If I didn’t know that the photos were taken while playing video games, here is how I would caption the snapshots:

23 Peculiar Portrayals of Children
From Quirky Costumes to Disturbing Art