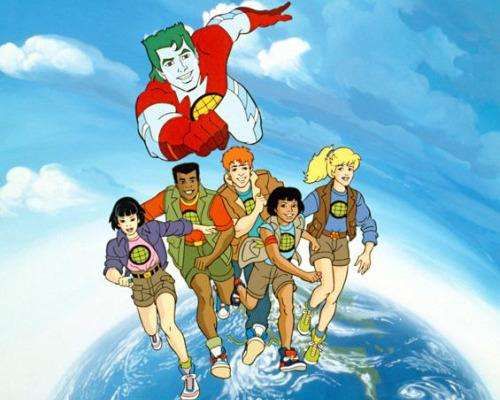 Marie C. Hudson — July 21, 2011 — Eco
References: latimesblogs.latimes
Share on Facebook Share on Twitter Share on LinkedIn Share on Pinterest
The collection of superhero cartoons-turned-action films is about to get bigger, with the announcement of a 'Captain Planet' film set to be developed by Cartoon Network. The animated 'Captain Planet and the Planeteers' series, which ran from 1990-1992, focused on natural disasters and environmental threats. With the recent slew of disastrous events around the world, now seems like the perfect time for an eco-conscious hero. The Captain will return in live-action form, produced by Don Murphy and Susan Montford of Transfomers fame. It will surely be a sleek, edgier and entirely entertaining tribute to the original.

There's no word yet on who will play the green-haired hero in the Captain Planet film, or on the casting of the Planeteers. No matter what, I'm sure this is one franchise that is about to make a huge comeback.
0.9
Score
Popularity
Activity
Freshness
View Innovation Webinars