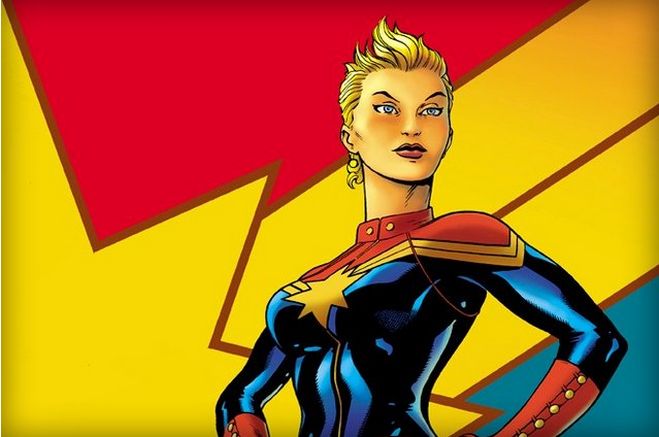 Meghan Young — November 3, 2014 — Pop Culture
References: marvel & theverge
Share on Facebook Share on Twitter Share on LinkedIn Share on Pinterest
Ever since DC Entertainment and Warner Bros announced a 'Wonder Woman' movie, it was only a matter of time until Marvel followed suit; they did so with 'Captain Marvel.' Set to hit theaters in 2018, Captain Marvel will be the first female character in the Marvel Universe to get her own movie. Although people probably had their money on Black Widow, her time has yet to come.

In an effort to diversify their lineup, Captain Marvel hasn't been their only surprising announcement. In addition to passing the power of Thor to a woman, Captain America is set to pass his shield over to longtime ally Sam Wilson, a black man. Not to mention that Black Panther will also be getting his own movie in 2017.
1.5
Score
Popularity
Activity
Freshness
Attend Future Festival