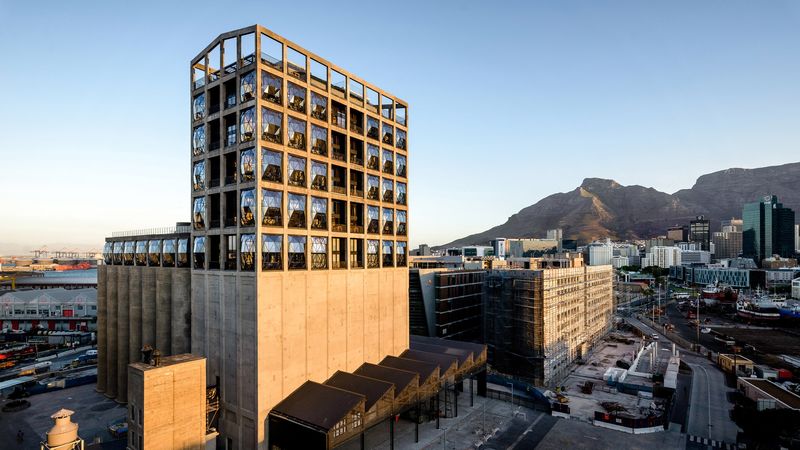 Joey Haar — May 18, 2017 — World
References: heatherwick & dezeen
Share on Facebook Share on Twitter Share on LinkedIn Share on Pinterest
Heatherwick Studio's newly opened Cape Town hotel stands out thanks to its eye-catching, bulging window designs, but the history of the building is perhaps equally interesting. The harborside building was formerly a massive industrial grain silo, making it a counterintuitive but intriguing location for a luxury hotel.

The general form of the Cape Town hotel is clearly industrial, as the London-based Heatherwick Studio did little to adjust the structural layout of the original grain silo. Aside from the insect eye windows, most of the renovations took place on the interior. Still, those windows offer tremendous views of the surrounding harbor, with the expansive water and a mountain range glistening in the distance and visible directly from the rooms' beds.
1.3
Score
Popularity
Activity
Freshness
View Innovation Webinars