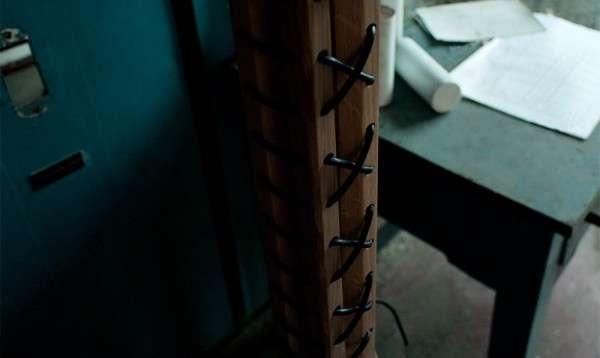 Meghan Young — January 25, 2013 — Art & Design
References: gudconspiracy & plusmood
Share on Facebook Share on Twitter Share on LinkedIn Share on Pinterest
At first the Cancan Coat Hanger may look like it was inspired by a teepee. The shape along with the cross-stitched details all point in that direction. Nevertheless, as its name suggests, it was in fact influenced greatly by the classic cancan dance. Specifically, it was modeled after the performance's movements.

Designed by GUD Conspiracy for Wewood, the Cancan Coat Hanger boasts a simple silhouette that is nevertheless very eye-catching. Although devoid of vibrant lacy numbers, the cross-stitching is reminiscent of the corsets the women would wear. Not to mention that traditionally cancan dancers had to be 5 feet 5 inches tall, which the Cancan Coat Hanger happens to be.

A fun interpretation of this popular performance, the minimalist Cancan Coat Hanger will appeal to many.
0.4
Score
Popularity
Activity
Freshness
Get the 2021 Trend Report FREE