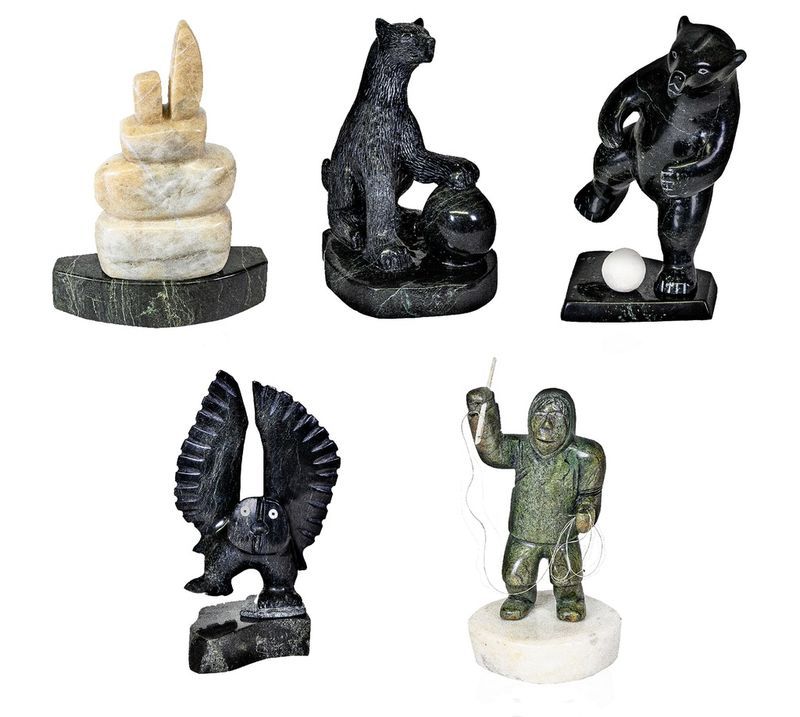 Amy Duong — November 27, 2019 — Lifestyle
References: canpl & canpl
Share on Facebook Share on Twitter Share on LinkedIn Share on Pinterest
The Canadian Premier League recently announced its Award Winners for 2019 in Toronto. The presentation celebrated the outstanding performances of the clubs' standout players and head coach both on and off the field throughout its inaugural season. Each award was a unique piece of Inuit Art, honouring the Canadian heritage and the fusion of sports culture simultaneously. These artists include Pitseolak Qimirpik, Kellypalik Etidloie, Palaya Qiatsuq, and Taqualuk (Tuk) Nuna. The carvings are from Kinngait (Cape Dorset), Nunavut, which is a small hamlet by the Baffin Island.

Each award carving embodies a captivating meaning -- the Golden Glove is symbolized by a Canadian Inuit Dog or Qummiq. This artwork by Kellypalik Etidloie honours the goalkeeper as the Canadian Inuit Dog represents a protector. The Golden Boot represented by the Inuit Hunter is carved by Pitseolak Qimirpik and references courage and fearlessness. The Owl by Palaya Qiatsuq symbolizes heightened wisdom and guidance, awarding it to the Coach of the Year. Pitseolak Qimirpik's Nikisuittuq carving in the shape of a stone landmark that points to the North Star, awarded to the Play of the Year as a symbol of importance and value. Finally, the Polar Bear by Taqialuk (Tuk) Nuna commemorates a young cub, naturally awarding it to the Best Canadian Player Under 21.