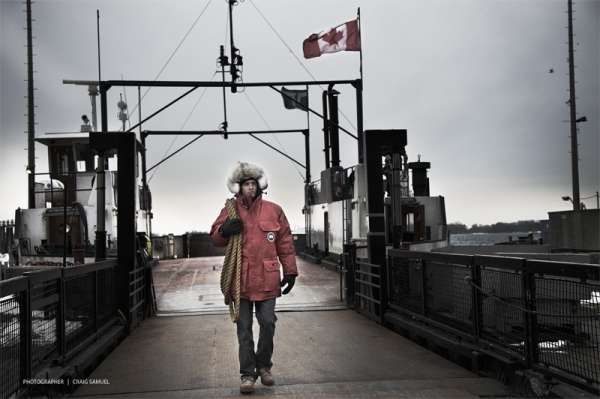 Canada Goose Parkas Will Keep You Warm Despite Freezing Winds

Angie Hsieh — March 23, 2009 — Luxury
References: canada-goose
Share on Facebook Share on Twitter Share on LinkedIn Share on Pinterest
If you live in a cold city in Canada, you may have noticed people walking around in distinct, colourful, fur-trimmed parkas, acting as if the -20 degree Celsius weather is merely a breeze. Let me introduce to you Canada Goose Parkas, the most style-conscious and by far the warmest winter jackets on today’s market.

Last winter the Canada Goose brand picked up steam as quite a handful of University of Toronto students were seen wearing the jackets around campus. This winter was another story; the popularity of the brand exploded and the number of students wearing these jackets grew exponentially.

As the brand has become more popular, the company has introduced new styles, colours and fits. Canada Goose parkas have been used on arctic expeditions and Mount Everest ascents.

All these features have helped me in the process of getting used to the harsh Toronto cold compared to the mild winters of British Columbia that I’m used to.

Canada Goose has been featured in magazines such as GQ, People, Men’s Health, Elle Canada and Maxim and have been seen in movies such as The Day After Tomorrow, Eight Below and National Treasure. Celebrities such as Sasha Baron Cohen (Borat) have been snapped by paparazzi in the streets of Hollywood wearing a grey Chilliwack Parka (I’m not sure how practical these jackets are for California). In addition, widely popular fashion blog The Satorialist has featured snapshots of individuals rocking Canada Goose jackets in their trendy ensembles.

As Canada Goose takes over Canada from east to west, it is also gaining momentum in the international markets. On a recent trip to Paris, I saw Canada Goose jackets for sale in the window display of a high street shop and according to its website, Canada Goose is sweeping over fashion capitals such as Milan, Tokyo and New York City.
4.3
Score
Popularity
Activity
Freshness
Access Advisory Services