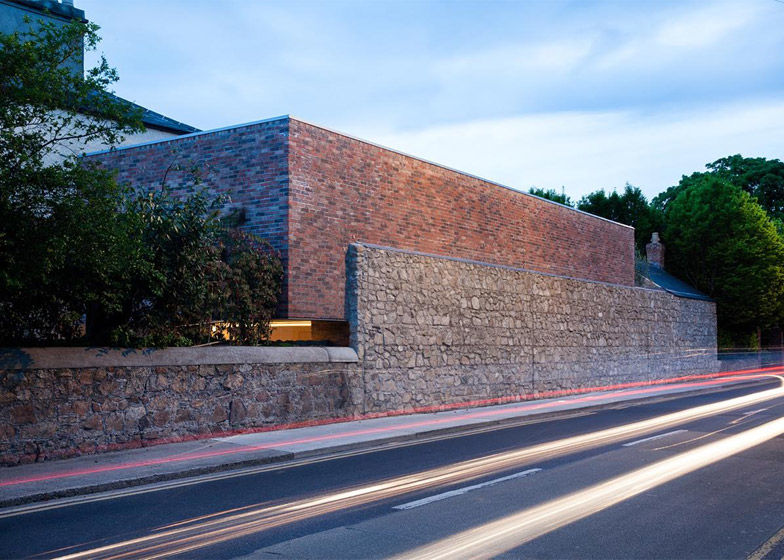 This Camouflage Home Appears to be a Windowless Garden Wall

Cadhla Gray — September 2, 2015 — Art & Design
References: odosarchitects & dezeen
Share on Facebook Share on Twitter Share on LinkedIn Share on Pinterest
Creative ODOS architects in Dublin, Ireland designed a camouflage home that looks exactly like a windowless brick garden wall. The site on which it was built was deemed "undevelopable" because four previously submitted ideas had been rejected. However, this design did not compete with the neighboring houses, nor appear to simply replicate them and because of its modesty, Dublin's city planners approved.

The design is incredibly unique, with a Victorian wall facade on its outside and courtyards on the inside from which the interior windows get light. The land was excavated so that the main floor is underground, keeping it hidden from onlookers. Within this seemingly simple wall lays a beautiful modern home, containing skylights, two sunken decked terraces and crisp white space-enhancing walls. This camouflage home draws interest from city planners, homeowners and architects alike as it is a great example of a creative solution for integrating new buildings with old, established neighborhoods.
6.7
Score
Popularity
Activity
Freshness
Attend Future Festival

Forest-Hidden Flats
The Camouflage House Blends in With Nature