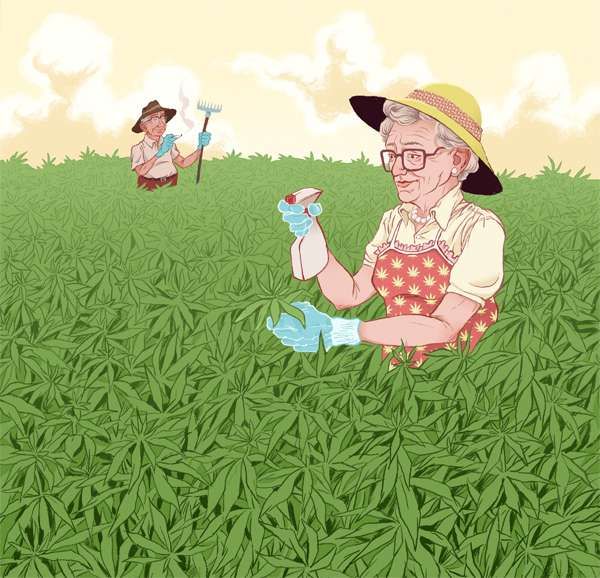 Jordan Sowunmi — August 6, 2011 — Pop Culture
References: cameronklewis & behance.net
Share on Facebook Share on Twitter Share on LinkedIn Share on Pinterest
One look through Cameron K. Lewis' selected portfolio and you'll be hard pressed to find an illustration that isn't intensely detailed, colorful, and intriguing. Cameron K. Lewis is equally adept at drawing verve and excitement out of action-based illustrations as he is more staid ones.

Cameron K. Lewis is a Detroit-born, Los Angeles-based illustrator and story board artist with a client list that is the envy of artists around the world. Some of his previous clients include the New York Observer, Motorola, Kraft, and Tylenol. My favorite part about Cameron K Lewis' illustrations is that each is sparkling with life. His image of a retired farming couple growing, cultivating, and smoking marijuana is both alluring and hilarious.