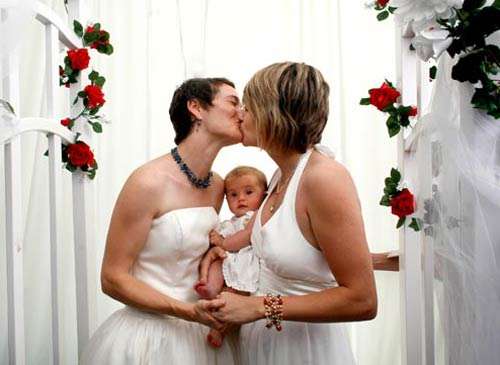 Elsa Blaine — June 19, 2008 — Lifestyle
References: latimes
Share on Facebook Share on Twitter Share on LinkedIn Share on Pinterest
Officials all over the state of California have been frantically issuing marriage licenses to gay couples in the past 2 days, since the Supreme Court lifted the ban on same-sex marriages. The number of marriages in the last couple of days has spiked to over 2,700, more than the average for an entire week in a typical June.

The L.A. Times reports, â€œamong the most dramatic increases in business Tuesday were Ventura County, which with 798,000 residents saw more than 20 times the normal trafficâ€”from two to 45â€”and Riverside County, population 2 million, which saw an increase from an average of nine applicants on a weekday in June to 133.â€
2.6
Score
Popularity
Activity
Freshness
Get Trend Hunter Dashboard