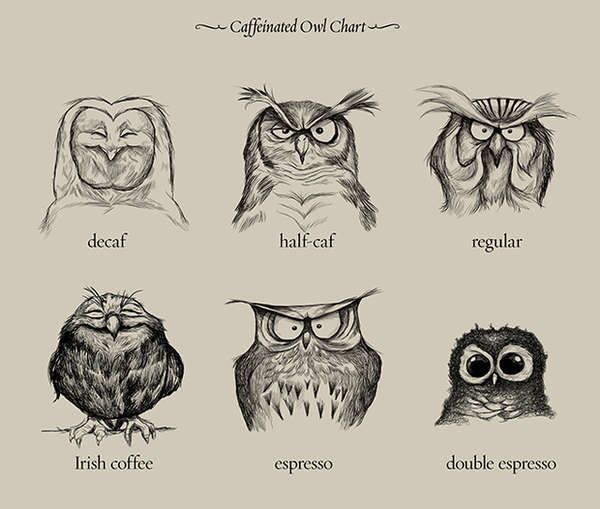 Each illustration is abslutely adorable, showing big-eyed birds with large grins plastered on their feathery faces. The funniest owl is definitely the one who is drawn after having drank a double espresso. His huge, cartoonish eyes look extremely strung-out, gazing into the distance with a fervor unnatural to decaffeinated individuals. The owl who had consumed an Irish coffee is also pretty adorable, since Irish coffees contain a little bit of alcohol. His drunken grin stretches as wide as possible, while his eyes are closed shut as he obviously revels in his tipsy state.