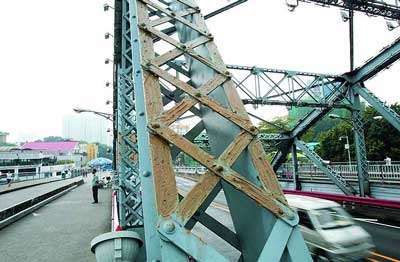 Marissa Brassfield — September 20, 2009 — Lifestyle
References: metro & weirdasianews
Share on Facebook Share on Twitter Share on LinkedIn Share on Pinterest
The butter bridge in Guangzhou, China has effectively turned a fatty food into a life-saver. Huh? According to the Metro UK, Guangzhou officials were fed up with the suicides on the giant bridge, and they had a surplus of butter handy. They put the two together and since then, these suicide attempts have dropped drastically.

Shiu Liang, a government spokesman, told the Metro UK that Guangzhou officials had already stationed guards on either side of the bridges and constructed a special fence to no avail. "So now we have put butter over the bridge and it has worked very well," Liang continued. "Anybody who tries to get up the bridge falls." Check out the butter bridge at Guangzhou in the image to the right.
3.9
Score
Popularity
Activity
Freshness
Get Trend Hunter Dashboard