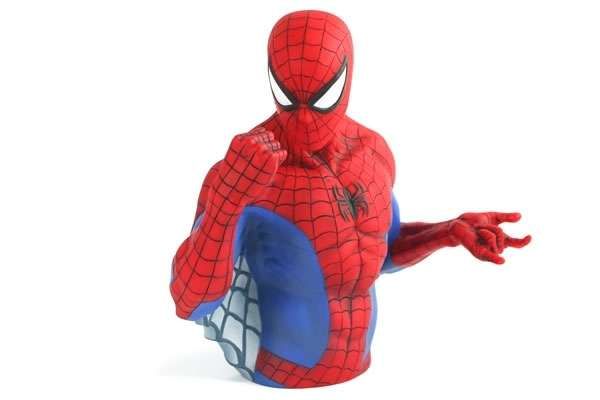 The Bust Bank Lets You Amass Currency in Marvel Characters

Jason Soy — August 30, 2011 — Pop Culture
References: neatoshop & neatorama
Share on Facebook Share on Twitter Share on LinkedIn Share on Pinterest
Sure, you'll have to initially spend money on the Bust Bank in order to attain it, but afterwards, these Marvel superhero-inspired piggy banks are sure to save you from the grief of not having any money at all. Extremely detailed and highly dynamic-looking, these action figure-like currency savers are a welcomed addition to the world of geek merchandise. What other awesome toy do you know also deters people from reckless spending?

Implications - The popularity of superheroes this past decade has largely been because of their ability to represent positive ideals and inspire hope and change among consumers. Corporations may consider using superhero-like figures in their promotional campaigns in order to evoke a similar pathos.
4.5
Score
Popularity
Activity
Freshness
Access Advisory Services