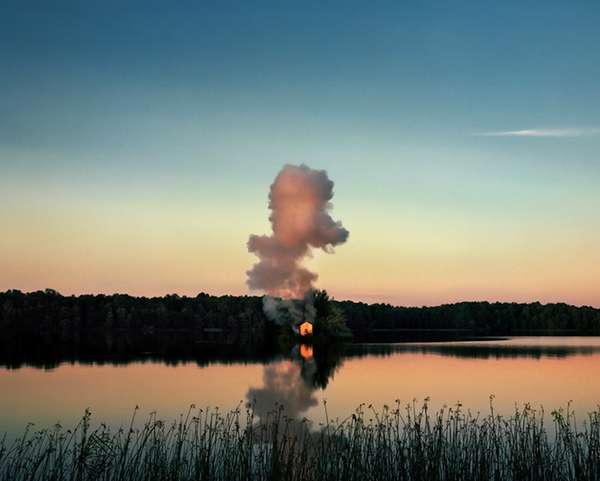 Meghan Young — May 11, 2012 — Art & Design
References: carrieschneider.net & mymodernmet
Share on Facebook Share on Twitter Share on LinkedIn Share on Pinterest
The Burning House series hits home, literally. It revolves around the idea of a home eternally assaulted by flames. Although it touches on a universal fear of personal loss and helplessness, the Burning House series is beautifully mesmerizing. Shot across different seasons, weather and times of day, the image of billowing smoke and fiery glow offers an experience almost as meditative as staring into a candle flame.

Conceived by artist Carrie Schneider, the Burning House series was created over a period of two years with countless of self-constructed small white houses. The Burning House series might touch on the destruction of domestic life, but Schneider says, "The house that stands unrelenting to the fire’s constant attack can be read as an allegory for strength and stamina against a constant destructive energy."
2.5
Score
Popularity
Activity
Freshness
Jeremy Gutsche Keynote Speaker