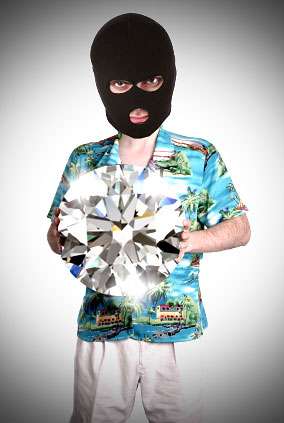 Katherinev123 — July 21, 2009 — Fashion
References: nymag
Share on Facebook Share on Twitter Share on LinkedIn Share on Pinterest
Forget the act of stealing jewels, it’s what you wear to steal them that gets you noticed. Two jewel robberies occurred in France last week, where the Cartier store in Cannes was looted. A group of burglars opted to wear vivid tropical prints instead of the standard black burglary get-up.

Managing to get away with over $21 million of jewels while wearing “colorful clothing including a shirt straight out of Honolulu,” they not only committed a serious public crime, but also one of fashion as well.

In the world of jewel-thieving, however, Hawaiian shirts weren’t the first offense. Garish floral prints made an appearance at a similar heist in St. Tropez four years ago. Police believe the Cannes robbery was committed by the same band of flamboyantly-dressed burglars, known collectively as the Pink Panthers.
1.9
Score
Popularity
Activity
Freshness
View Innovation Webinars