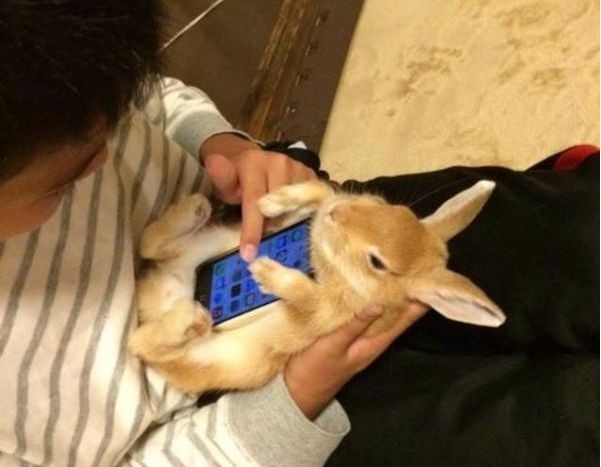 Meghan Young — October 27, 2014 — Lifestyle
References: kotaku & neatorama
Share on Facebook Share on Twitter Share on LinkedIn Share on Pinterest
Owning a bunny phone case is one thing, but using an actual bunny is something else entirely. Yet that is exactly what is happening, at least in the form of an Internet meme. What started as a fun observance and post by Japanese Twitter user ryooneokrock1 has become a full-out phenomenon in which anyone with a pet rabbit has converted them into a cushiony dock for their smartphone.

After catching wind in China, the bunny phone case meme took off. Yet Brian Ashcraft of Kotaku writes, "But hey, these are real animals. And they have feelings. They're not smartphone cases. Though, maybe their ears help with the phone's reception? (No! No, they don't!)." Some people have even gone so far as to use their cats as a happy replacement to bunnies.
5.7
Score
Popularity
Activity
Freshness
Access Advisory Services