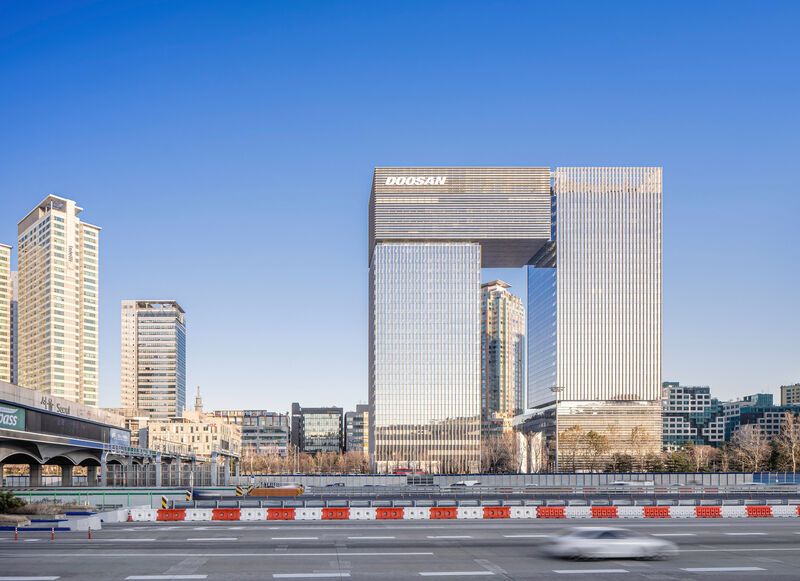 The Bundang Doosan Tower is Inspired By Historic City Gateways

Josh Thompson-Persaud — May 20, 2021 — Art & Design
References: kpf & dezeen
Share on Facebook Share on Twitter Share on LinkedIn Share on Pinterest
The Bundang Doosan Tower, located in Seoul, South Korea, was designed by architectural firm Kohn Pedersen Fox to mimic the city's historic gates. The 130-meter tall skyscraper consists of two 27-storey towers sheathed in reflective glass that are connected by a four-story sky bridge set atop the building. The Bundang Doosan Tower stands at the foot of the Gyeongbu Expressway, which leads into the city center, marking it as a metaphorical entranceway.

The tower, which will become the company headquarters for the Doosan Corporation, contains plenty of office space plus an auditorium, daycare center, fitness center, cafe, and a small museum dedicated to laying out the history of the company. The Bundang Doosan Tower's impressive gateway silhouette leaves a mighty impression on passersby, signifying the strength of the company within.