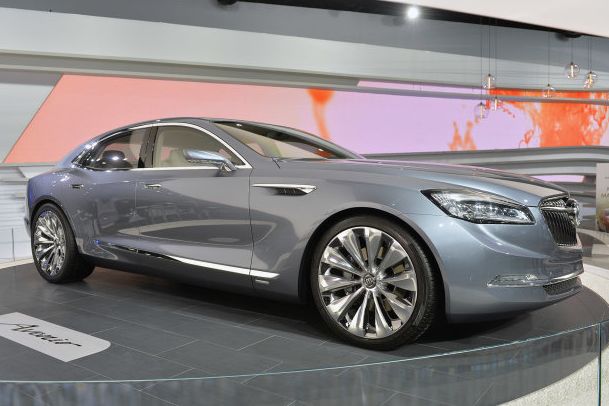 The Buick Avenir Concept was Unveiled at the Detroit Auto Show

The car is a gorgeous evolution of the auto-makers design principals. The progressive new form includes a long hood and short deck, along with signature features such as the waterfall grille. Though incredibly forward-thinking, the new design direction (particularly the hood and cornered stance of the wheels) also pays homage to past, historical models, such the Riviera. Inside, a curvaceous dashboard, featuring a 12-inch touchscreen, mimics the dynamic silhouette of the car's exterior. A wooden console contrasts nicely with the rest of the car's fine leather upholstery.