13 Reasons Why Smart Cars Are So Clever 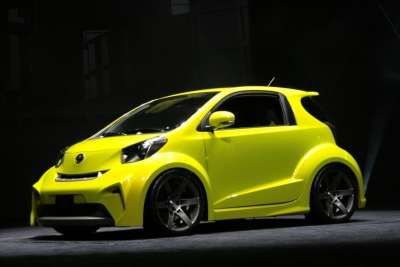 Going Like Sixty — April 10, 2009 — Autos
References: autoblog
The New York Auto Show seems to have few surprises this year, but that doesn’t mean that you won’t see some cool cars unveiled. The Scion iQ concept is one of those. The suspicion is that the Scion iQ would launch in the U.S. to compete with the Smart ForTwo. Although this hasn’t happened yet, some body mods were made to appeal to the U.S. market, like giant 18-inch wheels!

The Ford Scion iQ still has 3+1 seating, in which the front passenger seat can slide forward to allow another passenger to fit in the back. Behind the seat, however, you need to be very tiny. A rear window airbag is a breakthrough engineering element to protect passengers in the back.
1.8
Score
Popularity
Activity
Freshness