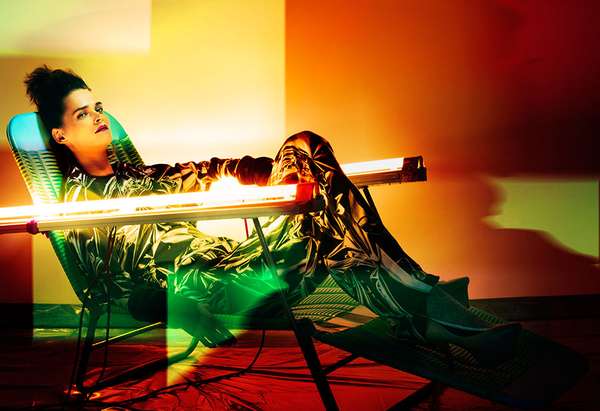 The Canadian singer and co-owner of the Dutch magazine shows off his skills behind the lens, shooting German model Carmen Kass in a variety of futuristic ensembles. Disco ball-inspired turtlenecks, sheer leopard print catsuits, and revealing fishnet stockings add an edgy quality to the photos, showing that Adams isn’t afraid of showing off a darker side in his photographs. Though the ‘Summer of ‘69’ singer has been working behind the camera for a few years now, this is the first editorial of his that I’ve seen, and I must say I’m impressed.