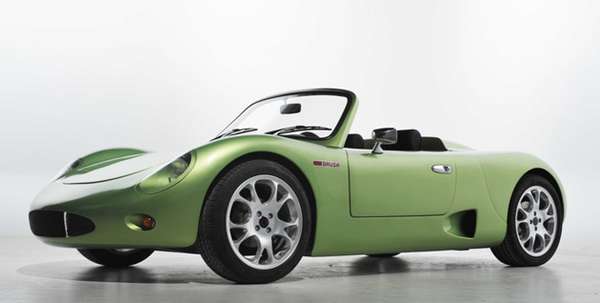 The Brusa Spyder is a Lean, Green Mini Machine

Andrew Robichaud — May 26, 2009 — Autos
References: examiner & motorauthority
Wow, can we get any more green? Not only is the BRUSA Spyder an electric car, the prototype itself is painted green.

The Spyder looks very similar to a Porsche (it’s said to be modeled after the Porsche 914), but doesn’t quite move like one.

BRUSA’s tap into the eco-car market has produced a “running errands” vehicle that can travel about 125km at a speed of 80km/h until a recharge is necessary (4 hour charge time).

For a tiny electric car the Spyder does have a bit of jump with the ability to hit 100km/h in slightly under 6 seconds and a top speed of about 125mph (200km/h).

Speeding towards a greener, cleaner (but not meaner) future.
1.7
Score
Popularity
Activity
Freshness