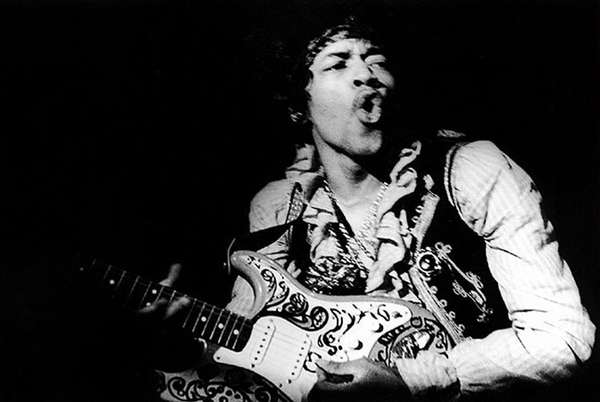 The Bruce Fleming Jimi Hendrix Shots are a Portal into History

Jordan Sowunmi — June 28, 2011 — Fashion
References: brucefleming & lifelounge.au
It's been decades since Jimi Hendrix dominated the charts with his unique blend of nimble guitar dexterity and rock God swagger, but the Bruce Fleming Jimi Hendrix shots do an excellent job of capturing the musician in his most natural form.

The Bruce Fleming Jimi Hendrix shots are a portal into a previous generation. Fleming, an internationally acclaimed commercial and fine art photographer, befriended and began taking photographs of Hendrix prior to his international success in 1966. Over the remaining four years of Hendrix' life, Fleming and his camera were a constant presence.

In this collection of shots, Fleming does a great job of capturing the intensity and passion that made Hendrix the voice and face of a generation. Despite an extremely successful commercial career that has included shoots for brands like Bacardi, BP and Carlsberg, Fleming is still most revered for being one of the few photographer's that captured Hendrix in his prime.

Implications - The last few years have seen a movement toward celebrating and repurposing styles and fashions from a bygone generation. Any company seeking to capitalize on this consumer desire for the vintage would be wise to feature advertising that highlights or trumpets the accomplishments of past musicians, athletes or celebrities. By forcing the consumer to harken back to a different entertainment world, the brand associates itself with the iconic images of yesteryear.
3.6
Score
Popularity
Activity
Freshness