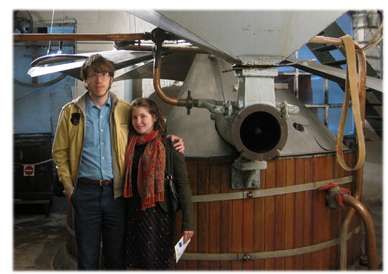 Brooklyn Brew Shop Duo on the Rise as Economy Flops

Robyn Currie — September 22, 2009 — Business
References: brooklynbrewshop & nytimes
Share on Facebook Share on Twitter Share on LinkedIn Share on Pinterest
During tough economic times, it seems counter-intuitive to quit your job and create your own small business, but that is exactly what Stephen Valand and Erica Shea did when they created the Brooklyn Brew Shop specializing in apartment-sized beer making kits.

In an interview with nytimes.com, the two discuss gathering the money for their venture, learning how to start a business from the Internet, sourcing parts and ingredients for the Brooklyn Brew Shop. Most importantly, they learned the hard way to tell someone who was just laid off from their job, that they had quit. As for health insurance, they are hoping Barack Obama comes through on that one.
1.5
Score
Popularity
Activity
Freshness
View Innovation Webinars