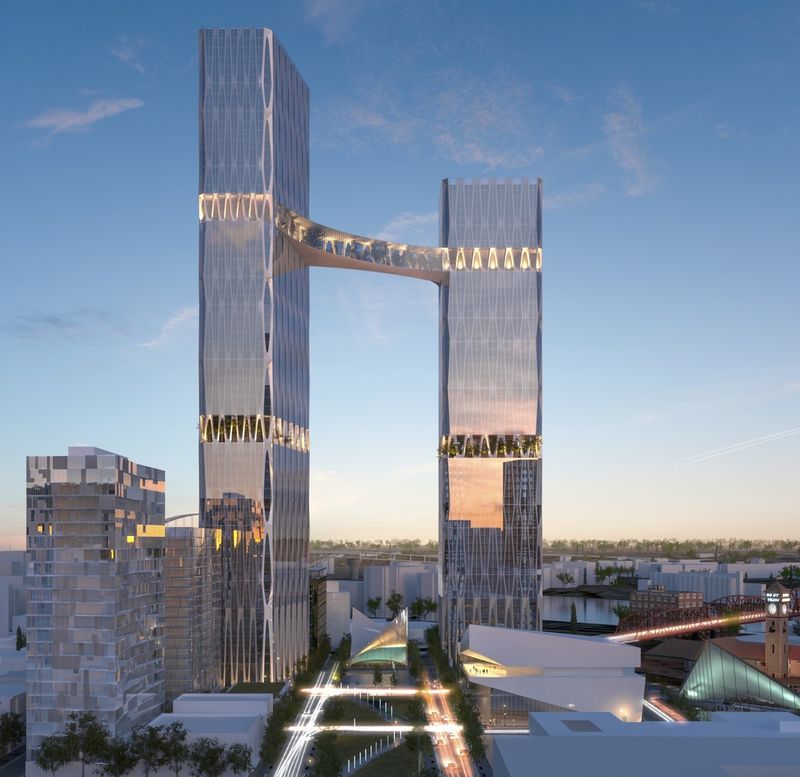 Portland's Broadway Corridor is Set for a Redevelopment

Joey Haar — February 16, 2018 — Art & Design
References: archdaily
Share on Facebook Share on Twitter Share on LinkedIn Share on Pinterest
Broadway Corridor, a central downtown neighborhood in Portland, Oregon, is set for a redevelopment project spearheaded by Kaven + Co. and William / Kaven Architecture. Concept images for the master plan have recently been released, and they feature a striking pair of skyscrapers with a unique connective trait. The two towers will be connected by a sky bridge in the upper third of the buildings, and that bridge will house a botanical garden.

Green space within skyscrapers is increasingly being viewed as the future of urban living. In the early days of North American metropolises, planners worked parks into cities in order to break up the monotonous grey of block upon concrete block. As cities today are growing upward rather than outward, advances in engineering have allowed architects to conceive of the same green spaces and public parks embedded directly in buildings.
4.1
Score
Popularity
Activity
Freshness
View Innovation Webinars