Banksy Outdoes Himself
Next
Set of
Related
Ideas 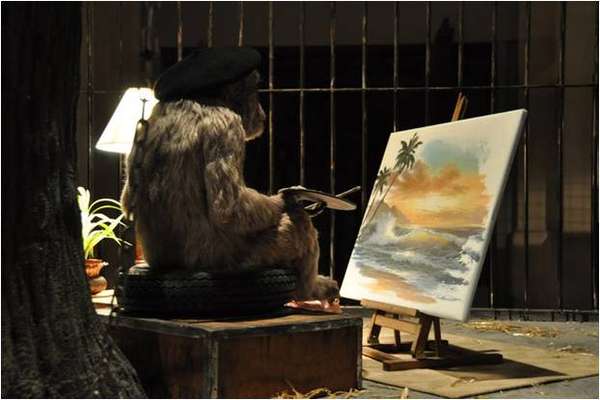 Banksy Exhibition in Bristol Brings it Back Home

Better known for his outrageous, illegal graffiti that has turned up in countries around the world, the artist has never revealed his true identity because of the ongoing legal implications of his work.

In true form, the event was shrouded in secrecy, with local and national media, city councilors and museum staff in Bristol only finding out about the exhibition the day before it opened.

The event features over 100 pieces of Banksy's work which will be interspersed among more traditional pieces at the gallery, mimicking his 2003 stunt where a Banksy was smuggled into the Tate Britain and hung in secrecy where it remained undiscovered for hours.

70% of the pieces will be totally new and unseen, including a sculpture of a mother bird and three chicks in a nest that instead use CCTV cameras to symbolize Britain’s surveillance culture.

Banksy was quoted by the BBC as saying, “This is the first show I’ve ever done where taxpayers’ money is being used to hang my pictures up rather than scrape them off. This show is my vision of the future.”

The show opens on 13th June and is set to run at Bristol Museum for 12 weeks.
3.6
Score
Popularity
Activity
Freshness
Access Advisory Services