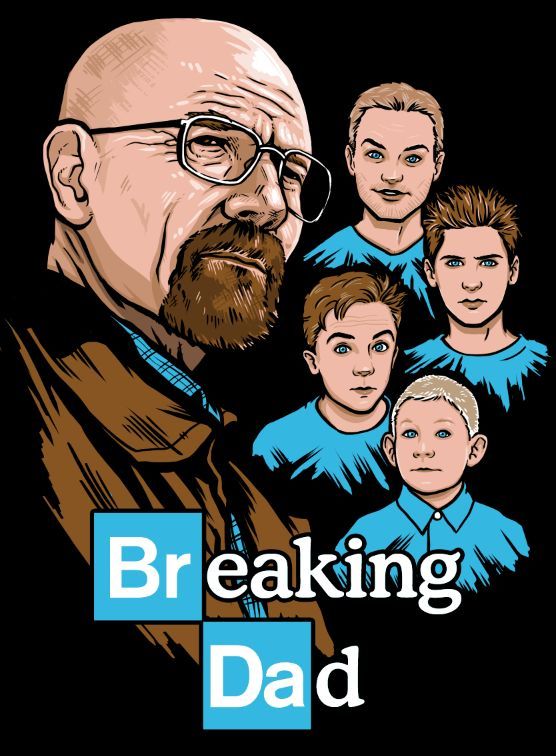 The Latest Breaking Bad Memorabilia Meets Malcolm in the Middle

The shirt features Cranston as Walter White surrounded by Hal’s children from Malcolm in the Middle (Francis, Reese, Dewey and the title character played by Frankie Muniz). Fans of both shows, especially Breaking Bad, will get a kick out of this funny pop cultural tee.

Even if you’re not an avid watcher of either show, it’s interesting to note Cranston’s professional evolution from family-friendly father figure to badass science teacher turned meth dealer. The tee shirt is available on Hall’s redbubble store for anyone who wants to show their appreciation for the show(s) and Cranstone’s acting talent.
5.3
Score
Popularity
Activity
Freshness
Access Advisory Services