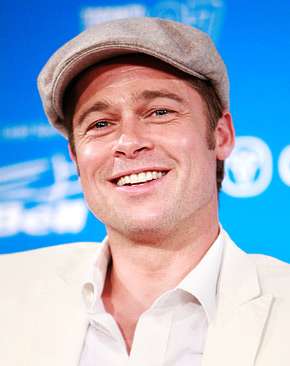 A Special Charity Will Soon Receive Some Brad Pitt Hats

Katherinev123 — October 15, 2009 — Celebs
References: makeitrightnola.org & ecorazzi
Share on Facebook Share on Twitter Share on LinkedIn Share on Pinterest
Brad Pitt is a wearer of many hats; he is a sought-after actor (and a hot one at that), a philanthropist, and literally, someone who wears a lot of hats. And because he has so many, some of the Brad Pitt hats will be given away to charity.

With a collection including everything from Ivy Caps to Fedoras, says Ecorazzi.com, it’s rare to see the 45-year-old actor without something on his head. Now a selection of these Brad Pitt hats will be donated to a good cause, although the particular charity hasn’t been divulged. In the mean time, the Pitt’s organization Make It Right sells some cute caps if you’re interested in creating your own collection of Pitt-inspired hats.
2.6
Score
Popularity
Activity
Freshness
Get Better and Faster