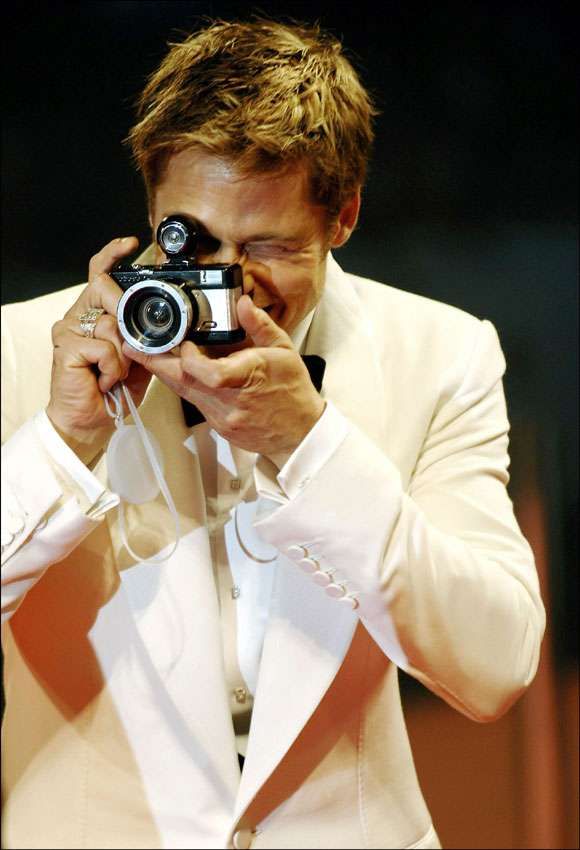 laia martinell — September 11, 2007 — Tech
References: lomographic & trendhunter
Share on Facebook Share on Twitter Share on LinkedIn Share on Pinterest
As we already posted last January, analogical vintage cameras are back, and Brad Pitt, well known for his passion for photograph and architecture, used his Lomo Fish-Eye to immortalize the momentum in La Mostra in Venice, where he received the prize of best actor for his role in longest movie title ever "The Murder of Jesse James by the Coward Robert Ford".

Considering how many trends Brad and Angelina have managed to set (Ray Ban aviator sunglasses, multi-cultural adoptions, the T-shirt worn by Shiloh's in her first photo shoot), it will be interesting to see if this frozen moment captured at La Mostra will affect the Lomographic brand when it comes to image and sales.
1.6
Score
Popularity
Activity
Freshness
View Innovation Webinars