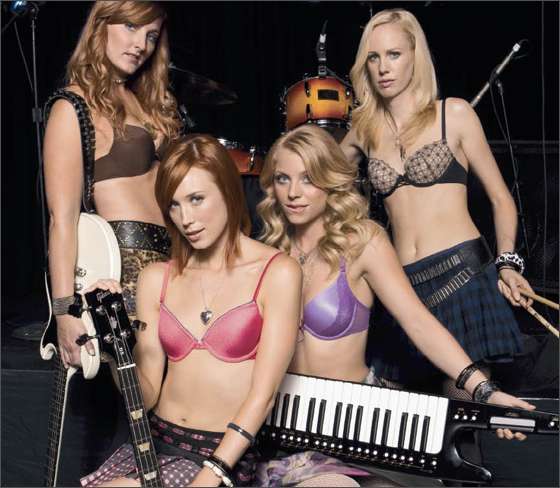 Vanity Fair Supports 'The Vassarettes' Who Rock Out in Underwear

Alex Covert — February 25, 2009 — Marketing
References: thevassarettes & brandfreak
Vanity Fair Inc. has a bra-brand called the Vassarettes. They apparently also have an all-female band by the same name. Vanity Fair Inc. had a band competition and the winners get to rock out in nothing but their bras. The band consists of Emily (vocals, bass), Erin (vocals, guitar), Kai Elle (vocals, keytar) and Alexa (drums). Meet the gals at TheVassarettes.com.

Implications - Sexuality in the media is not uncommon, but its connotation has shifted from objectification to empowerment with the turn of the 21st century. As such, many companies are finding it much easier to advertise using scantily-clad women as it now has crossover appeal of the male and female demographic.
2.7
Score
Popularity
Activity
Freshness