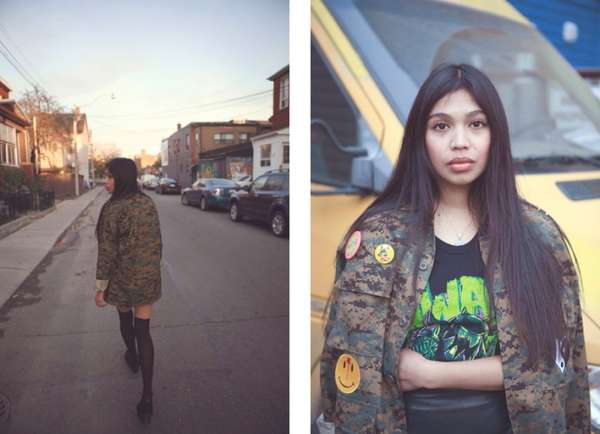 Wray's young subjects pose in black maxi dresses, crowns of multi-colored flowers and translucent patterned tights. The Toronto citizens are for the most part offbeat, proudly demonstrating their up and coming approaches to apparel.

This in-the-streets project is described as Wray's "...love poem to Toronto and the creative, interesting people who populate its diverse neighborhoods." She remains infatuated with the enthralling expressions made through clothing that she observes on a daily basis, and it is with her camera that she has done justice to these very sightings.
4.2
Score
Popularity
Activity
Freshness