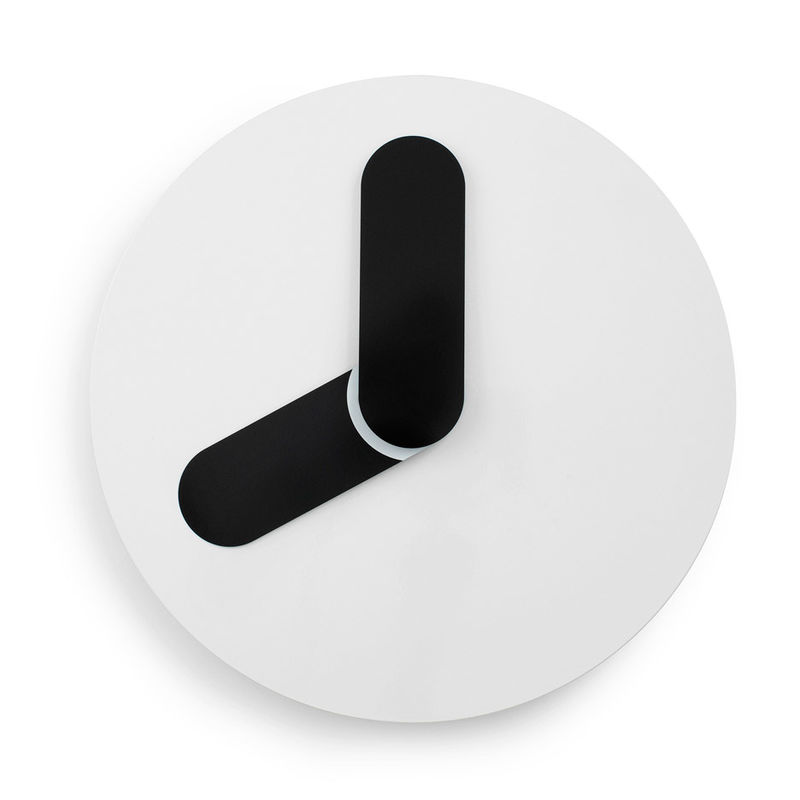 Amelia Roblin — December 28, 2015 — Art & Design
References: jwda.se & dezeen
Share on Facebook Share on Twitter Share on LinkedIn Share on Pinterest
What's immediately different about the Bold Clock is the unusual prominence and absence of certain features that people are used to seeing on timepieces. It's the inverted treatment to its design that makes the object so creative and distinctive.

Jonas Wagell is the designer of this striking wall clock. Having come up with it a few years ago, his creation was only assumed by Normann Copenhagen quite recently, becoming a part of their line. It's certainly a statement piece, capable of accenting a minimalist space very playfully.

Inspiration for the Bold Clock came from the designer's graphic and typography background, with Helvetica Rounded as the font that particularly influenced the appearance of the hour and minute hands. These are chunky, where they would typically be slender; the face is featureless, where there would commonly be numbers. This sort of aesthetic reversal is becoming all the more intriguing to consumers.
1.5
Score
Popularity
Activity
Freshness
Get the 2021 Trend Report FREE