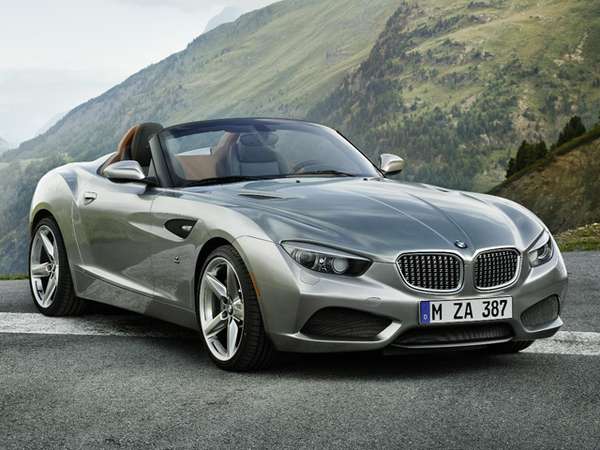 The BMW Zagato Roadster Has an Italian-Inspired Design

Michael Hines — August 20, 2012 — Autos
References: bmw & carbuzz
Share on Facebook Share on Twitter Share on LinkedIn Share on Pinterest
Here's hoping that there's at least a limited production run of the BMW Zagato Roadster. The German car company teamed up with the Italian design consultancy firm to create a roadster that is both sexier and sharper than the company's current offering, the Z4.

Zagato also took the liberty of creating a hardtop coupe with a foldable roof for BMW. That design looks great, but it doesn't look anywhere near as fun to drive as the BMW Zagato Roadster. No details have emerged on the roadster's engine, but it's likely to be similar to the engine found in the Z4. The BMW Zagato Roadster is likely nothing more than a design study. Still, if it's well received, then there's a chance that BMW could incorporate some of Zagato's styling elements in future roadsters.
1.7
Score
Popularity
Activity
Freshness
Get the 2021 Trend Report FREE

Chromatic Painted Autos
There are Only 5,000 of the BMW M3 GT2 Miniature by Jeff Koons
play_circle_filled