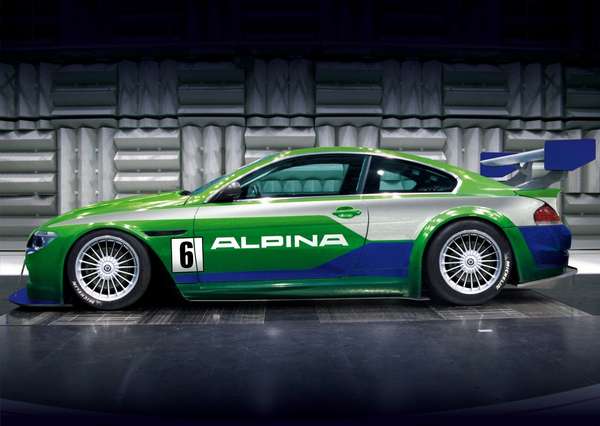 Marissa Brassfield — February 6, 2009 — Autos
References: worldcarfans & autoblog
Last year, Alpina announced that they were breaking their 20-year hiatus from motorsports with the BMW Alpina B6 GT3. It was to be unveiled at the 2009 Geneva Motor Show, but naturally, shots of the supercar have been leaked prior to the show.

The BMW Alpina B6 GT3 boasts a number of drool-worthy design features. Foremost is its 520 horsepower and 535 pounds per foot of torque, which propel the sub-3,000-pound car to 62 miles per hour in a scant 3.9 seconds. In its tests on the Nürburgring, the BMW Alpina B6 GT3 has already hit top speeds of 177 miles per hour. Best of all, this baby's for sale--if you've got the cash to spare.
2.1
Score
Popularity
Activity
Freshness