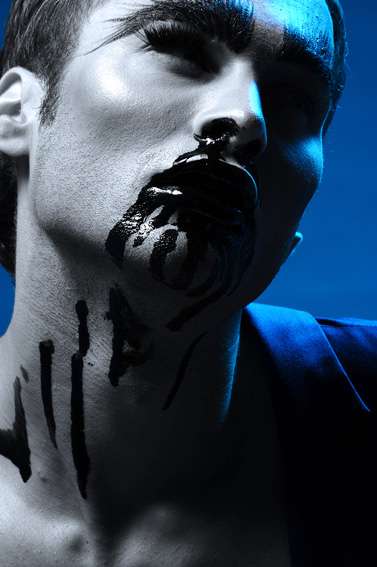 The Blue Jaka Spread Doesn't Fare Well in the Sun

Alex Scott — March 6, 2010 — Fashion
References: miumajarbonmade & behance.net
Vampires have officially taken over mainstream media. Between Twilight, True Blood, Daywalkers, and the Vampire Diaries, these bloodsuckers have snuck into every facet of pop culture. It's no surprise, then, that they have begin to rule the world of photography too. The Blue Jaka spread above features some of the most stylized vampo pics yet.

Taken by Maja Slavec, the Blue Jaka Spread showcases what looks like a model from Guess feasting on some delicious blue hemoglobin. Who knows why people become so entralled with all things vampire. Maybe it's because every show and movie features people who look like Guess models with fake teeth. If vampires looked like Wal-Mart employees, we probably wouldn't be that captivated by them.
2.1
Score
Popularity
Activity
Freshness