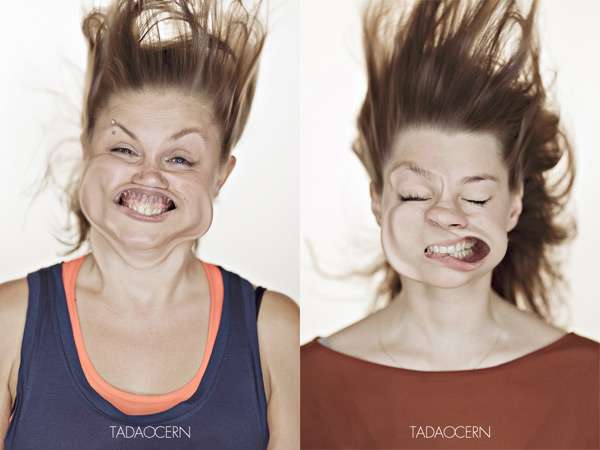 Meghan Young — May 18, 2012 — Fashion
References: tadaocern & thisiscolossal
Share on Facebook Share on Twitter Share on LinkedIn Share on Pinterest
For anyone who ever wanted to know what their face would look like when hit with a gale-force wind, just take a look at the Blow Job 2012 photo series. The image of these disturbingly morphed faces will more than likely deter people from wanting to experience the same. Granted, the photos are incredibly hilariously and slightly unreal.

Shot by Tadao Cern, a photographer and artist based in Vilnius, Lithuania, the Blow Job 2012 photo series looks more painful than it actually is. From wrinkled skin to widened mouths and erratic hair, everyone has many of the same features. Nevertheless, the Blow Job 2012 photo series does play on people's personalities as well. Some are caught in mid-laughter, others are trying to withstand the wind and still others are simply submitting to it resignedly.
6.7
Score
Popularity
Activity
Freshness
View Innovation Webinars