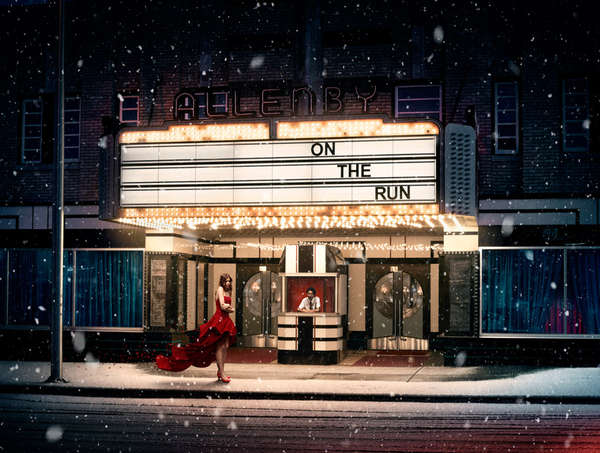 The 'In Pieces' Gallery Depicts Americana Augmented by LEGO

Andrew Sztein — March 23, 2013 — Art & Design
References: inpiecescollection & laughingsquid
The LEGO block scenery in the 'In Pieces' photography collection will have you doing a double take.

Put together by photographer Dean West and artist Nathan Sawaya, 'In Pieces' depicts average locales within American culture, augmented by subtle placement of LEGO structures. For example, in the image with a smoking cowboy at a train station, it may take a minute to realise that the train tracks in the image are made out of LEGO bricks. The most striking of the building block scenery images depicts a lady in a red cocktail dress warming herself on a blustery night in front of a theater. Only after looking closely does one realise that her dress is made out of LEGO bricks that are blowing away in the wind.

Just when you think that the possible imaginative ideas related to LEGO have to be finally running dry, does something like In Pieces come along to show everyone that when it comes to LEGO creativity, we're still just at the tip of the iceberg.
2.1
Score
Popularity
Activity
Freshness