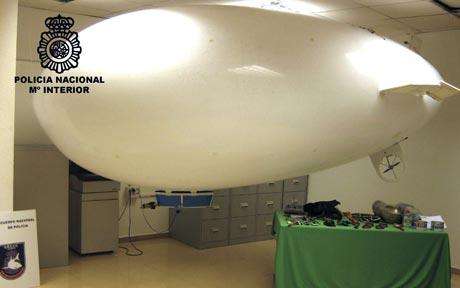 Authorities believe that a drug trafficker in the Salto del Negro prison on the Canary Island of Las Palmas was planning to climb a wall out of prison and make his getaway in a waiting car.

According to officials, "The arrested men had setup an elaborate surveillance operation of the prison that involved a camouflaged tent, powerful binoculars, telephoto lenses, and motion detection sensors. But authorities caught wind of the plan when they intercepted the inflatable zeppelin as it arrived from the Italian town of Bergamo."